Governor Scott has expressed concerns about this bill’s potential impact on corporations. Please take a moment to tell the Governor to put Vermonters first and sign S.37!

This bill is fundamentally about fairness – it would help ensure that when a Vermonter can prove that they were exposed to toxic pollution, the company that caused the contamination should pay their medical bills – not the victim or Vermont taxpayers.

The concerns the Governor has expressed appear to be based on misrepresentations about the likely impacts of the bill from industry lobbyists who are working to protect their client’s profits. The corporations are well-represented and have the Governor’s ear – that’s why we need you to make your voice heard on behalf of everyday Vermonters.

Governor Scott needs to hear from you this week so he knows that Vermonters support this important legislation and want him to side with #PeopleNotPolluters.

Email the Governor, urging him to sign S.37 into law. If you’re on Twitter, please personalize a tweet to the Governor. It’s critical that we let him know he should side with victims, not corporate polluters.

S.37 would allow a Vermonter with high levels of a toxic chemical in their body, which was caused by the actions of a polluter, to obtain medical monitoring that their doctors recommend because of an increased risk of certain diseases caused by that toxic exposure. The polluter would pay for the cost of medical monitoring.

We saw this kind of situation firsthand in Bennington, where our friends and neighbors found out they were drinking water laced with a cancer-causing chemical (PFOA) for many years. Now people have increased medical bills.

Should these innocent people be on the hook for these costs, should Vermont taxpayers cover the bill – or should companies like the one who profited off using toxic PFOA pay?

Medical monitoring can help identify diseases early, allowing for a better chance at recovery, and ensure that Vermonters’ medical costs will be covered by the corporation that harmed them by releasing toxins into their community.

Under current law, there is no clear right for Vermonters to make polluters pay for the cost of medical testing before toxic contamination results in a person getting a disease, like cancer. Currently, courts in sixteen other states have allowed victims of toxic pollution to receive medical monitoring paid for by the polluter, but Vermont does not yet have an established medical monitoring right-to-action. S.37 will make medical monitoring available to Vermonters.

Similar legislation passed the Vermont House and Senate last year, but was vetoed by Governor Scott. This legislation addresses several of the Governor’s concerns, but still advances a strong bill that would help Vermonters harmed by toxic pollution.

Industry lobbyists have claimed that this type of legislation might increase the cost of insurance to polluting industries. There is no evidence to support these claims. In the sixteen other states that allow for medical monitoring, there has not been evidence of any harm to businesses brought forward.

This bill is a clear issue of fairness. Does the Governor side with industry interests, or with Vermonters who have been exposed to toxic chemicals through no fault of their own?

Please take a moment to email the Governor, tweet @GovPhilScott, or call the Governor’s office at 802-828-3333 to urge him to help victims of toxics, not toxic polluters by signing the medical monitoring bill, S.37, into law. 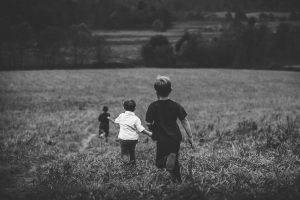