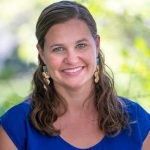 Lauren Hierl joined Vermont Conservation Voters as Political Director in 2014, and was promoted to Executive Director in 2018. Prior to that, Lauren worked for two years as Environmental Health Advocate at the Vermont Public Interest Research Group (VPIRG). She previously worked as an environmental advocate in Washington, DC at National Audubon Society and Alaska Wilderness League. She also conducted climate change research in Kruger National Park in South Africa, and oversaw a land and endangered species conservation assessment in San Diego.

Lauren received her Master of Environmental Management and Master of Public Policy degrees at Duke University, and a Bachelors in Environmental Studies and Ecology at Dartmouth College. She is currently serving her second term as a Montpelier City Councilor. 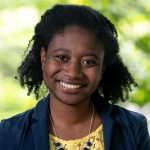 Shelden Goodwin joined VCV in 2019. As Political Outreach Director, she educates voters on environmental issues facing Vermont and on pro-environment candidates using a variety of outreach strategies. Before coming to VCV, Shelden was a field organizer on the Vermont Democratic Party’s coordinated campaign helping to elect state representatives and state senators in Chittenden, Franklin and Grand Isle counties.

Shelden graduated from Simmons University with a master’s in public policy and a focus on municipal policy.

Kinny is the President of Friends of the Mad River and a member of the Yestermorrow Design Build School Board of Directors. Kinny has represented the towns of Granville, Fayston, Warren and Waitsfield in the State Legislature from 2000 to 2004. She has served her community as a Warren Select Board member and Warren representative to the Mad River Valley Planning District as well as having been active on the Warren school board, Warren PTA, the Warren library commission and the Vermont Festival of the Arts board.

She is a graduate of the University of Pennsylvania and did post graduate studies in botany, and forestry and environmental studies at Connecticut College and Yale School of Forestry and Environmental Studies, class of 1980. She has two grown sons. She and her husband, Richard Czaplinskski, are working “to do less with less,” fostering energy conservation and sustainability and experimenting with permaculture in Warren village. 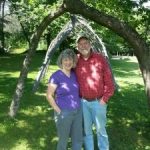 Linda has been a Vermonter since 1986, after moving to Norwich from the Washington, D.C. area. She has been active with town affairs, serving on the Norwich and Dresden school boards from 1998 to 2008, and since then on the town energy committee, which she chairs. She was appointed an Alternate Commissioner with the District 3 Environmental Commission in 2012. Her paid work, centered on administration and event organizing, includes as a staff person for a U.S. congressman, as conference organizer and administrator for the American Wind Energy Association, and as volunteer coordinator at the Montshire Museum. Linda lives in Norwich along with two dogs, a cat, and two guinea fowl. She is lucky that her two adult daughters also live in town. 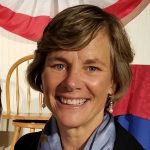 Sue Minter has spent the past 30 years working as a professional planner and policy maker at the local, state, national and international level. She is currently the Executive Director of Capstone Community Action, and is the former President and CEO of Special Olympics Vermont (2017-18), Secretary of the Vermont Agency of Transportation (2015), and Deputy Secretary (2011-2014). Following the historic flooding from Tropical Storm Irene in 2011, Sue was appointed to be Vermont’s Irene Recovery Officer, responsible for implementation of state recovery and resilience programs and activities.  In 2016 Minter was elected to be the Democratic candidate for Vermont Governor and served as a State Representative in the Vermont legislature from 2004–2010.

A graduate of Harvard University (BA) and M.I.T. (MA in City Planning), Sue and her husband, David Goodman, live in Waterbury Center and have two children. She enjoys running, backcountry skiing, bicycling, hiking, gardening and walking her dog. 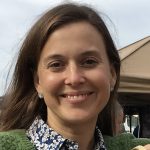 Lindsay DesLauriers is one of the co-owners and the Executive Vice President and COO of Bolton Valley Resort as well as a co-owner and Managing Partner of Bolton Valley Community Water and Sewer.  Prior to working at Bolton Valley, Lindsay was the founding Director of Main Street Alliance of Vermont, a non-profit organization that works with small business owners on public policy issues. Under her leadership, MSA-VT helped to lead campaigns to pass legislation ensuring paid sick days for all Vermonters and Green Mountain Secure Retirement, a publicly administered retirement program for small business owners and their employees.

In her current role at Bolton Valley, Lindsay is spearheading a multi-year strategy to refresh, modernize, and improve the Resort’s existing amenities and infrastructure as well revive and develop summer operations. Lindsay lives, skis, and mountain bikes on the mountain at Bolton Valley with her daughter, Juniper. 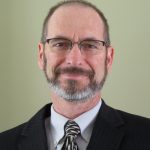 Michael serves as Vermont’s Chief Health Care Advocate at Vermont Legal Aid. Previously, he served as an outreach social worker for the Addison County Parent/Child Center working with Teenage Parents and their children. He received his undergraduate degree from Hampshire College in Amherst, Mass., and his Masters of Social Work from the University of Vermont. He was a Member of the Vermont House from 2001 through 2014, including as Chair of the Committee on Health Care. He lives in Lincoln with his wife, son, and daughter. 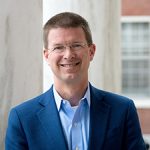 Shap Smith is a shareholder and director of Dinse, Knapp, McAndrew. He is a member of the Torts and Insurance Practice Section of the American Bar Association. He holds a BA from the University of Vermont and a JD from the Indiana University School of Law, Bloomington. He is a member of the University of Vermont Board of Trustees. In addition to practicing law, Smith served as the Speaker of Vermont’s House of Representatives. Prior to being elected Speaker, he served on the Fish, Wildlife and Water Resources, Ways and Means and Joint Fiscal Committees. He is an avid cross country skier and lives in Morristown with his wife Melissa, son Eli and daughter Mia. 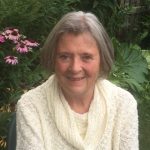 Mary Sullivan is a former Vermont state representative having served from 1991-2001 and 2015-2021, the majority of the time serving on the House Natural Resources Committee (chair, 1999-200). She served on the Transportation Committee in the last biennium. She served as co-chair of the Climate Solutions Caucus for three years. She was the communications director at Burlington Electric Department from 2000-2015. She started her professional career working for Sen. Patrick Leahy in Washington. She also spent ten years in journalism. She’s a graduate of Trinity College of Vermont (B.A.) and Boston university (M.S.).