Make your voice heard! Tell your Senators to vote to override the Governor’s veto of the medical monitoring bill, S.37 — call the State House to leave a message for your Senators at 802-828-2228 or send them a personal email. Tell them to support people, not polluters.

In 2019, a bill (S.37) passed through the Vermont Legislature to require polluting companies to pay for medical testing for victims of toxic chemical exposure. But Governor Phil Scott vetoed this legislation.

The Vermont Legislature has the chance to vote to overturn this veto. Your Senators need to hear from you about why it’s important to hold polluters accountable and enact this legislation to help victims of toxic chemical pollution.

This bill is fundamentally about fairness. It would help ensure that when a Vermonter can prove that they were exposed to toxic pollution, the company that caused the contamination would pay their medical bills – not the victim or Vermont taxpayers.

The Governor cited concerns about the bill’s potential (and unsubstantiated) impacts on corporations as the reason for his veto, after intense lobbying from corporate interests who are working to protect their clients’ profits.

Since the bill was vetoed this past summer, a federal court ruled in December that the Bennington victims of PFAS contamination can seek medical monitoring. This is good news for those victims, but that court decision will continue to play out in the court system, likely for a number of years.

By enacting S.37 into law, Vermonters will have access to medical monitoring right away, and they will have a more fair and clear path to access medical screening if they’ve been exposed to toxic pollution.

Enacting S.37 will also protect small businesses, municipalities, and farmers, who are exempted in the legislation, but not in the court system – meaning if no law is passed, they could currently be sued for medical monitoring.

With more communities discovering PFAS contamination of their water supplies this fall, it’s becoming more important than ever to ensure that all Vermonters have the right to seek medical screening to catch diseases linked to toxic exposure as early as possible.

We need you to call your Senators and ask them to support S.37. Corporate lobbyists are working hard to get the weakest language enacted, with the largest possible carve-outs. Lawmakers need to hear from everyday Vermonters who could benefit from this legislation.

That’s why we need your help! Call your legislator and leave them a message at 802-828-2228 or send them a personal email and tell them to vote to override the Governor’s veto of S.37 and support #PeopleNotPolluters. 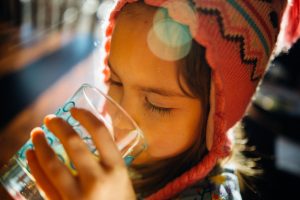