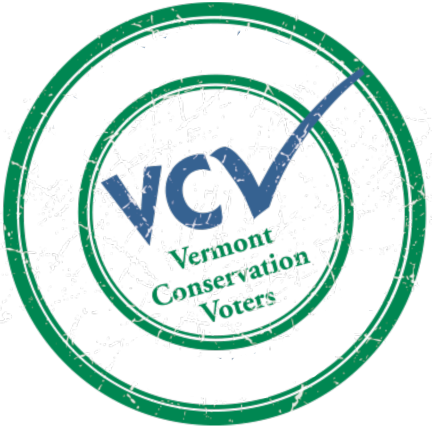 To the surprise of many, a recent Agency of Natural Resources report showed that Vermont’s statewide greenhouse gas pollution emissions are rising. Given all the impressive work we’ve done developing clean local renewable wind and solar energy, and the well-documented success of our cutting-edge energy efficiency programs, how could that be?

A key factor is that Vermont has yet to make serious inroads in transitioning to low-carbon heating and transportation solutions. Transportation, in fact, contributes almost half of our state’s climate pollution. That’s why the transformation of our transportation system is essential. That transition will require thoughtful new policies to incentivize the transition, such as well-crafted carbon pricing. And, excitingly, funding from the Volkswagen legal settlement related to their diesel emissions scandal – Vermont’s share is $18.7 million – provides an opportunity to help jumpstart that transformation.

Comments at a public hearing last week were overwhelmingly in support of investing the VW funding in electric vehicle infrastructure and electric vehicles like public transit and school buses. The Vermont Climate Solutions Caucus, a group of dozens of State Legislators, and the Legislature’s Joint Energy Committee also weighed in to urge the administration to use the Volkswagen funds to spur electrification of our transportation sector.

That’s why it’s extremely disappointing that the Scott administration is recommending that we leave open the possibility of using a large percentage of Volkswagen funds to help purchase new diesel vehicles.

Why is the Scott administration making this wrong-headed recommendation?

Perhaps it’s because Governor Scott doesn’t seem to see climate change as a major threat to Vermont. At a recent press conference, he said “I’m not sure that there’s a financial threat. I think if you look at it, climate change could be in some ways beneficial to Vermont.” Climate change’s threats to our economy and communities are alarming and well-documented and include, among other things, harm to iconic Vermont industries like maple syrup, skiing, and outdoor recreation, as well as the increased threat and cost of extreme weather events like Tropical Storm Irene.

According to a Vermont Public Radio analysis in October of 2016, the Scott Gubernatorial campaign’s top financial contributors were: construction companies, real estate developers, the fossil fuel industry, and automotive industry – all of whom could potentially benefit from investments in new diesel vehicles. In one particular example, a significant donor to Scott’s campaign was the family who owns a Lake Champlain ferry company. The Scott administration’s VW proposal specifically recommends using a portion of the funds to help support the purchase of new ferries – even though the report acknowledges that only an estimated 0.1% of diesel emissions in Vermont come from ferries.

In Washington, D.C., we’ve watched the national GOP reward campaign donors at the expense of working families, as seen starkly in numerous provisions in the tax bill enacted this week. I certainly hope Governor Scott and the Vermont GOP are not going down the same road of prioritizing wealthy campaign donors’ interests over the public interest.

Even the Governor’s own Climate Action Commission disagreed with the administration’s proposal, voting last week to recommend prioritizing electric vehicle infrastructure and electric school and transit buses. The Commission is also recommending that Governor Scott support funding a study on carbon pricing, a potentially powerful policy that could not only reduce carbon pollution in the transportation sector, but could be shaped to benefit Vermont’s economy, create jobs, and protect the most vulnerable.

We must not squander the opportunity for innovative new policies, as well as the one-time opportunity provided by the Volkswagen funding to jumpstart the transformation of our transportation sector. By helping create a more affordable electric vehicle transportation system, we will ultimately help all Vermonters transition off expensive and polluting fossil fuels.

Vermonters should continue to weigh in with Governor Scott to support the Climate Commission’s recommendations, including funding a study on how carbon pricing could work in Vermont, and using the Volkswagen settlement to invest in the 21st-century transportation system we deserve, with clean electric vehicle infrastructure and electric transit and school buses – not doubling down on dirty diesel.