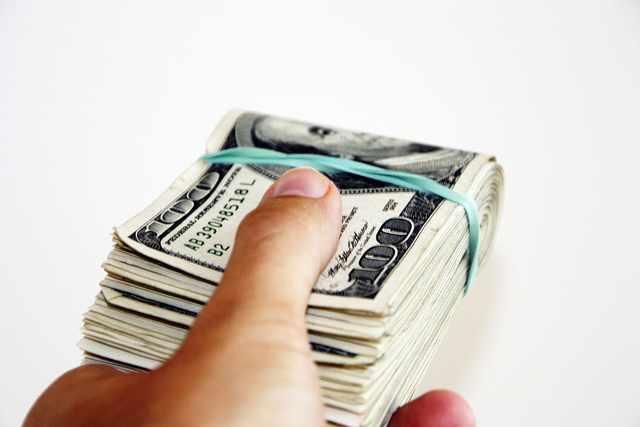 I’ve been in Pennsylvania and Ohio the last few weeks, following Bernie’s advice by giving speeches and registering young voters in an effort to beat Donald Trump. Thinking about national politics all day has been toxic—by now it’s clear that America is not actually having a political campaign where we think about issues. Instead we’re just doing all that we can to keep a man who wants to jail his opponent (and who dreams about dating fourth graders “in ten years”) from somehow winning the presidency.

It’s a pleasure, therefore, to be back in the Green Mountains. First of all, because of maple leaves and second because elections here still center around the great issues of the day, the things left entirely undiscussed in the national debates that have become such gruesome spectacles. But even here in Vermont there are some disturbing signs.

The biggest of which is the gusher of Koch Brothers cash that is flowing into the state. You know why there are so many attacks ads trying to drag Sue Minter through the mud? Because the Republican Governors Association—to whom the Koch Brothers are by far the biggest donors—have already poured millions of dollars into the state. And given the cheap cost of airtime, that means Charles and David Koch are at least as prominent Vermonters as Ben and Jerry even though, as far as I know, they’ve never set foot here.

That’s bad news. I’m not certain why the Koch Brothers care so much about Vermont. It’s possible, since they hold more acreage in Canada’s tarsands than anyone else, that they still hope to reverse the flow of the oil pipeline that runs through the state so they can get their dirty oil to market. I have no doubt they’re angry at Bernie for demonstrating that huge numbers of Americans want a living wage and a fair financial system, and since Bernie’s for Minter, they’re against her. As Jane Mayer documented in her landmark book Dark Money earlier this election season, they’re determined to spend more money—just the two of them—than the Democrats or Republicans spent on the last federal elections.

I don’t think it will work—Minter is a steady and reliable hand. Her work at the Agency of Transportation has been effective: At least in my part of the state, everyone is clear that roads are being built to last now, and a visit to renew your driver’s license is no longer a half-day ordeal. When she took over as Irene recovery director, she made sure the state finished the work that so many of us had begun as volunteers. I think she can do the same in the field of energy. Will she push as zealously as I would? Probably not, since she’ll have to balance it with other competing interests (which is why I might not make the best governor on earth). But will she move us steadily in the right direction? Absolutely.

She’ll clearly get us much farther than Phil Scott; a man who has waxed and waned on whether he even believes in global warming and made clear that he has no plans to do anything proactive about it. Instead, his energy policies would make it harder to keep going forward with renewables. In short: The progress we’re making getting Vermonters off fossil fuels would stall out under his leadership.

That would be a shame—a huge missed opportunity. We should be thinking very differently about climate change now, and not just because each month sets new temperature records. But also because the cost of renewable energy just keeps plummeting. What, a decade ago, was an expensive but necessary alternative is now 80% less expensive. Which means that those states that really grab hold of efficiency, conservation, and renewable energy are going to prosper mightily. Vermont entrepreneurs have the skill and commitment—when I addressed the state’s green builders earlier this year I was amazed at how many carpenters and architects are doing this work. You want to keep young people in Vermont? This is the kind of noble work they want to do—it pays the bills and it feeds the sense of idealism that has always been a part of Vermont. But we need steady leadership from Montpelier if we’re to make steady gains.

Above and beyond global warming, though, I confess it’s the simple fact of what’s happening to our democracy that bothers me so much. When I was out there talking to young voters in Pennsylvania and Ohio, their world-weary cynicism saddened me. They live in states where people like the Kochs have been pouring in money for years, where negative ads have been commonplace forever. They’re 19 and 20 and 21 and they’ve already pretty much given up on the idea that working together we can make the world a better place. That kind of cynicism, I think, is what the Kochs are really after, because when it takes over there will be nothing to slow them down.

We’ve not yet succumbed in Vermont. Something about our smallness, and our tradition of town meeting, and the fact that we still know and trust each other, has been enough to keep that at bay. But every single day the Koch Brothers pour in more cash and more poison to try to taint Sue Minter, a great candidate for Governor. Our climate is at risk—and so is our political climate.

Bill McKibben is an author and Scholar in Residence at Middlebury College. He lives in Ripton, Vermont.