They protect us when it matters; let’s return the favor 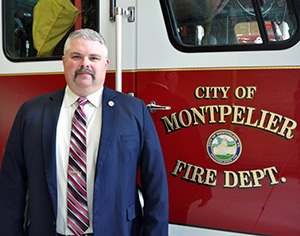 Across the country, people like you are stepping up and saying: enough is enough. We deserve better protections from toxic chemicals in our drinking water and products in our home.
In Vermont, we’re lucky to have a broad base of support for toxic reform legislation (S.103) – including the Professional Firefighters of Vermont (PFFV). Watch the video below to hear PFFV President Brad Reed share why Vermont firefighters support S.103.

Our firefighters face an increased risk of cancer and illness because of the toxic chemicals given off by products burned during fires. They protect us when it matters – let’s return the favor by supporting stronger protections from toxic chemicals.

Your Senators need to hear from you. Join a groundswell of Vermonters in sharing why you support S.103 by:

Thank you in advance for taking actin! Your story or message will help Vermont Senators and Governor Scott know how important it is for them to step up and lead from our State House.